FROM THE RAW MATERIAL TO THE FINAL TOUCH

The Icelandic wool has both very long, rough and thick hair and also short, soft and thin hair. These two types of fibres are: inner fibres, which are soft, fine and highly insulating and outer fibres, which are long, glossy and water-repellent. This combination of fibres increases the air in a wad of wool improving its ability to absorb vibration. We then use a soft felting technique making sure that these properties are not lost by densifying the material too much. The Icelandic wool has developed these properties throughout the centuries. When settling in Iceland the Vikings brought with them the sheep from Scandinavia and since then the animals have adapted to withstand the harsh weather conditions. In sheep Iceland have to be sheared at least yearly for animal welfare reasons but most often are sheared twice. During the milder summer temperatures, sheep roam freely up in the mountains feasting on wild plants and flowers. 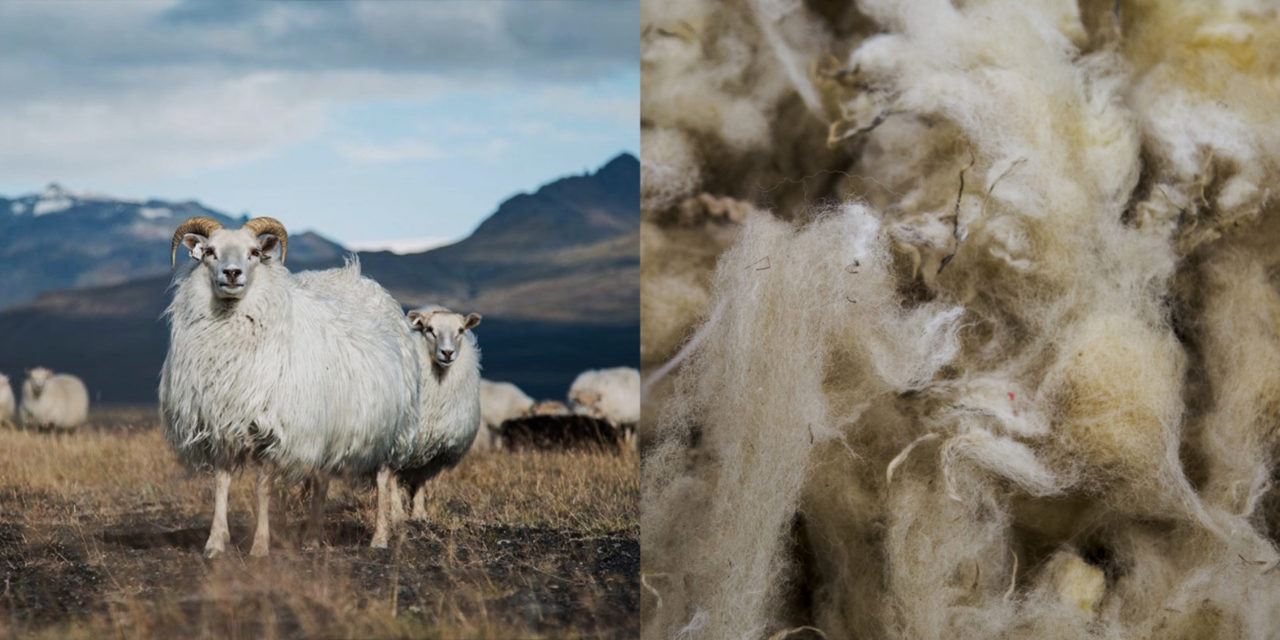 OUR MAIN RAW MATERIAL IS PROVIDED
BY THE NATIVE ICELANDIC SHEEP

The soft felted Icelandic sheep wool used for our products’ top layer has unique absorption qualities, which are reinforced during its production process. It should be noted that the making of wool does not require the use of oil or gas (except for equipment such as tractors). Iceland is the only country in the world that can claim to obtain 100% of its electricity and heat from renewable sources and wool production is no exception: from farmers to companies the entire process (including our felting technique) is made with electricity that comes either from geothermal or hydraulic power plants. Our Icelandic felted wool is manufactured in a unique way using machines for combing and felting which are large enough to provide for scalable production and yet small enough to allow for a creative touch. The soft felting is done with proprietary machines which were developed just over 10 years ago. Please note that allergy should not be a problem since the wool has the same chemicals that are found in our hair. 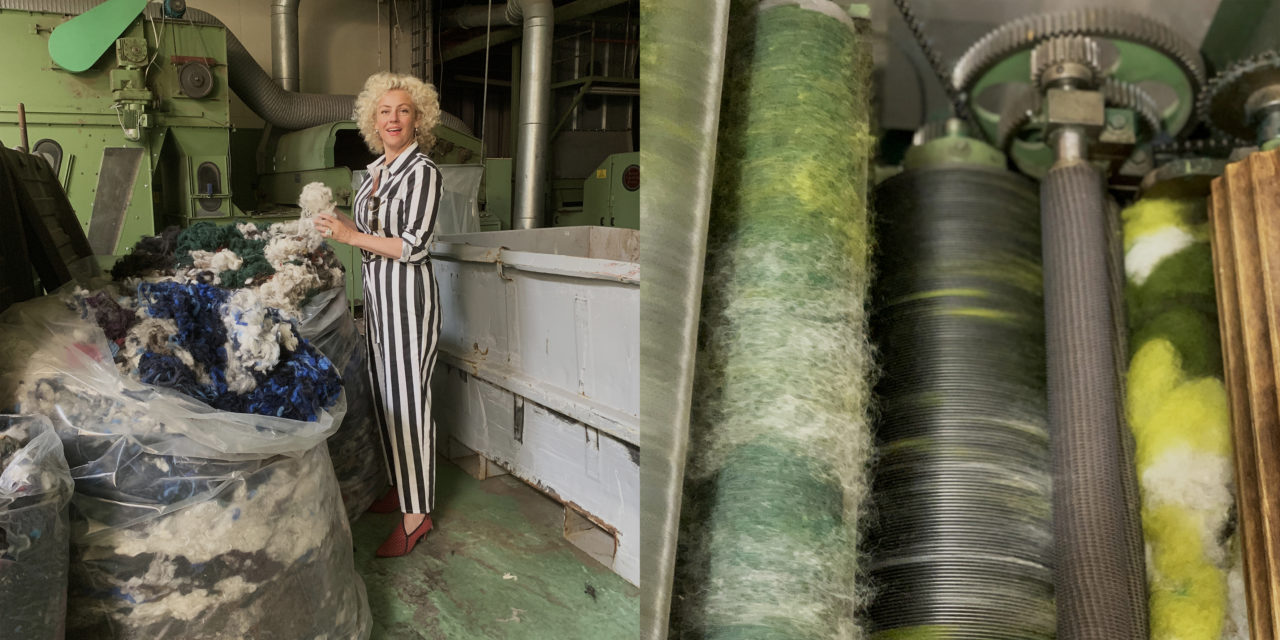 OUR PRODUCTION PROCESS IS BOTH
HANDCRAFTED AND MECHANICAL

The production process is aimed at forming fabrics that are strong enough to stay in place and at the same time that maintain the softness to the greatest extend to keep the sound absorption properties at the highest levels. This means that the material becomes quite soft and the texture is more organic than normally. In the felting process it is also possibile to add layers of different colours that will blend into each other always creating a unique pattern, as for example in the Earth Matters textile range. As a result of the soft felted production process our textiles are very stretchable, making it possible to wrap them easily around three-dimensional shapes without needing any stitches. 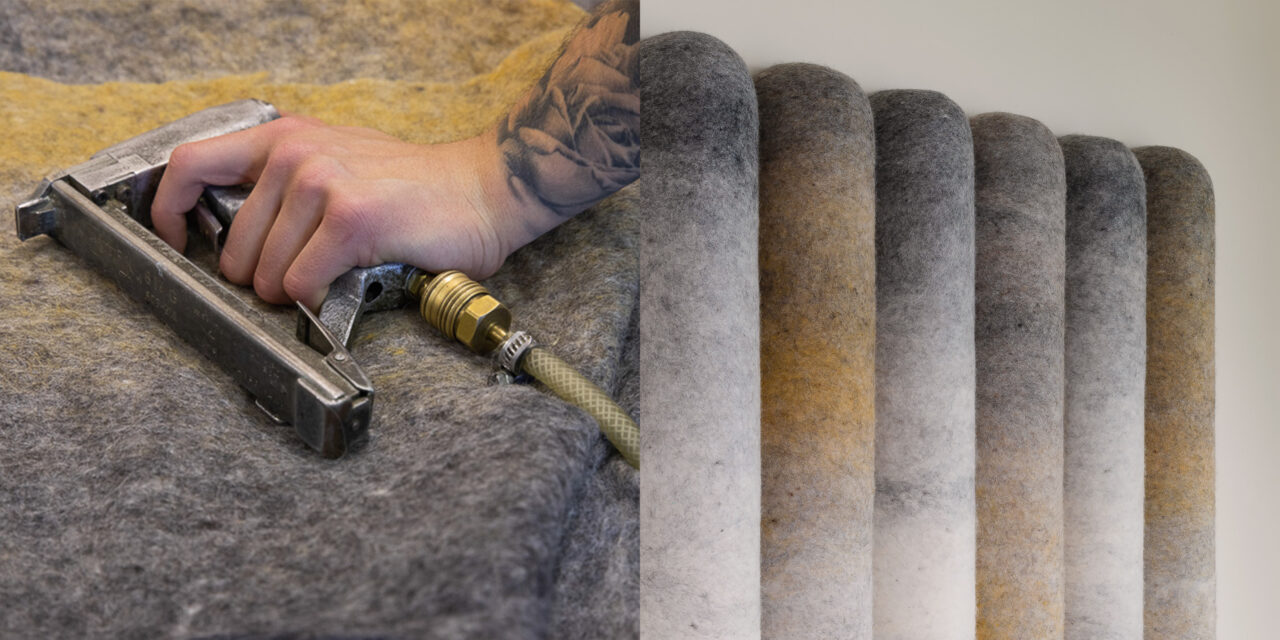 OUR ARTISANS ADD THEIR FINISHING
TOUCHES TO THE PRODUCTS